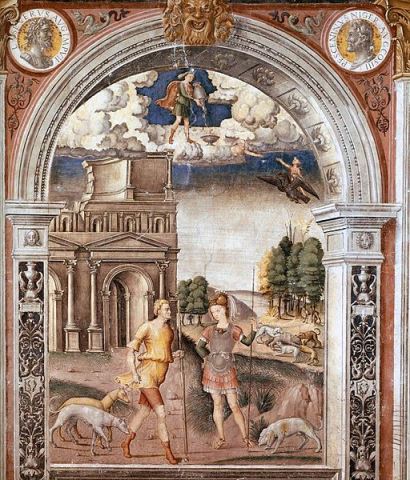 The Age of Aquarius spans approximately the period between 2100 and 4200 AD. It is the age defined by the Sun being in the constellation of Aquarius on the spring equinox. Additional influences during this age are of Taurus in the summer solstice, Leo in the autumnal equinox, and Scorpio in the winter solstice. The more pure Aquarius influence, outside the influence of the cusps of Pisces and Capricorn, will be experienced between about 2600 and 3700 AD. We don’t know exactly what it would be like living on the Earth during that period, because we are still in the cusp between Pisces and Aquarius, but we can already see some signs, some influences of the emerging new age. We will discuss these below. 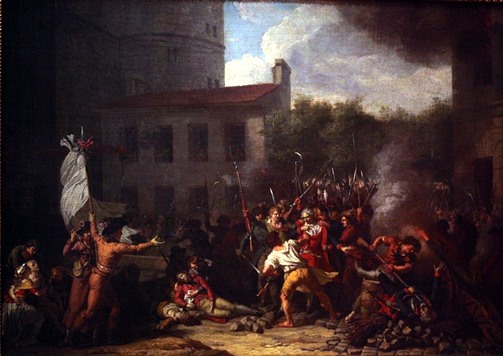 The arrest of the governor of the Bastille during the French Revolution (Charles Thévenin 1790-1794, Lent by Musée Carnavalet)

Aquarius is associated with the element of Air. Compared to the previous three ages that were associated with the solid Earth, the raging Fire, and the emotional Water, the element of Air is the one that is most associated with reason and the use of the mind. It is therefore also connected with inventions, communication, and even humanitarian ideals. On the other hand, the sparse and transient nature of air makes it unpredictable, erratic, and unstable. Intellectual approach, being sometimes detached from the real experience, could also lead to inconsistency and even to extreme opinions. Communication and new ideas make this age the age of freedom and flexibility, democracy, humanitarianism, and idealism, but also rebellion, nonconformity, and irresolution.

The International Space Station as of March 2011 (photo by NASA)

The ongoing secularism that the world has undergone in the last few centuries on one hand, and the very basic need of man to hold on to something on the other hand led to the development of a new religion: science. Humanity is investing in science in an unprecedented way. The rise of technology and science, which made scientists the gurus of modern times is definitely one of the major influences of the new age. It seems impossible that governments will similarly invest in religion or in a spiritual tradition. It is just not the right age for this. Among the major technological advancements that has changed and will continue to change the world are electricity (a rarefied “substance” like air); ever more sophisticated means of communication, such as the telephones, radio, television, the Internet and cellular or satellite communication; ever advancing means of transportation like cars, trains, airplanes and spacecrafts. All of these areas have accelerated the globalization of the world and has enabled the transmission of ideas.

The American Declaration of Independence presented to the Congress (by John Trumbull, 1819)

Reason, communication, and transportation, even much before the cellular phones and aerospace technology, launched the age of democracy starting with the United States Declaration of Independence. By the beginning of the Twenty First century, most of the people in the world are living in some form of democracy or another. However, even though the freedom of the individual is a natural and positive thing, when certain extreme opinions are combined with unlimited publicity that today’s technologies allow, it may lead to a dangerous instability. A recent example for that danger is the so-called Arab Spring – a movement of freedom and democratization in Arab countries that led in many cases to political unrest and even to civil war. Another source of both globalization and instability is the expansion of corporate entities across national, political, and religious borders based on economic interests. It started probably within the British Empire during the Nineteenth and the Twentieth centuries and was driven in part by the freedom of entrepreneurship that was supported by democratic regimes. But by the Twenty First century, economy became so convoluted and interdependent, driven by the human inclination towards power and wealth, that a failed bank on one side of the globe could lead to a default of a country on the other side.

The higher possibilities in this age are therefore related to people throughout the world realizing the harmony of everything. Science expanded people’s view of the universe. There are multitude of stars like our Sun, there are potentially millions of planets like our planet, and perhaps there is even life somewhere else. All human beings share the same fate on this small speckle we call the Earth. At the same time, freedom gained by more and more people, the ability to travel, and the spreading out of influences pushed by the economic growth of countries and corporations, created a mix of ideas that made it impossible for the state or the religious institutions to control.

People realize that it does not matter if you are a Muslim or Christian, Jewish or Buddhist, Atheist or Orthodox. It is as if all the previous ages have led to and culminated in what is about to come. Using Rodney Collin’s analogy, the evolution of ages is reminiscent to the growth of a child and the coming of age of a man. The Age of Taurus with the building of the first cities and its great monuments represent the growth of the flesh in a baby. The raging Age of Aries with the creation of the first armies and the expansion of empires represent the burst of energy and muscles during adolescence. The Age of Pisces represents a turning point in the life of man as well as in the life of humanity, when the heart realizes that there is something higher than itself. But it is still not in harmony with the flesh and the muscles, which still function on their own. This is why this Age of Faith was also an age of terrible strife, even though love was the foundation of Christ’s teaching at its beginning. The Age of Aquarius is analogous to a mature person whose heart and body work in harmony. It presents the possibility of harmony for humanity as well. For example, the realization that all religions are expressions of the same idea, the same message, only using different forms. Or, the notion of a unified world of all its inhabitants.

However, this is still an unrealized potential, and to get to that point from the current state of things for mankind seems almost impossible. Presently, it almost looks like things are tending more towards the opposite, the lowest possibilities of the coming age – for example, the shaky global economy, the volatile political situations in critical points around the globe, and the destructive impact that mankind has on the environment. 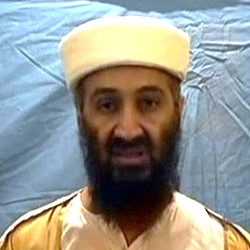 Perhaps it is because the forms of the old age – predominantly religion and the state – need to be shaken hard in order to give way to the new forms that have started emerging in the last few decades. The growing power in the hands of the individuals through social networks (some of these are larger than some of the largest countries), and in the hands of global corporates is bound to weaken these older forms at the price of instability. On top of that, in some religions there are very extreme reactions to the movement away from them.

The missing link between the lowest and highest possibilities seems to be a conscious teacher and a group of followers that always appear to bridge these periods of transition. It happened with Moses and the Israelites during the Age of Aries, and with Buddha, Christ, and Muhammad and their followers during the Age of Pisces. During these past ages, the spiritual traditions or schools were much more visible because there were part of the fabric of life. Moses was the spiritual leader as well as the religious leader of the Hebrews. Buddha, Jesus, and Muhammad were known figures in their time. But these days, as religions dissolve and spirituality is “flattened out” by the availability of everything, both real and false, on the Internet, any real school will be well hidden from the public eye. Is there a spiritual teacher somewhere that will be the seed from which the promise of the next age will spring forth?

2 thoughts on “Age of Aquarius – Harmony or Instability?”